In case you were wondering why my Facebook profile has looked like this for the last few months: 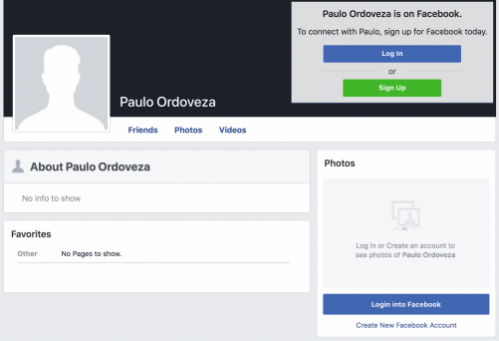 Five years ago in “Re-owning” I lamented that social media sites incentivized us to post our content to ephemeral walled gardens rather than our own web spaces. We spent years feeding our souls in short bursts to marketing data aggregators, in exchange for the momentary thrill of a fave or a retweet — or just because that was the online space where our family and friends had gone.

And then it got worse. These days posting to Twitter or Facebook feels more like being complicit in their own crimes of negligence against society as social media matures into a viral disinformation amplifier rather than an authentic communications medium.

Given all this I decided the best course of action would be to stop posting to Twitter and Instagram, and use the Social Book Post Manager plugin to “blank” out my Facebook profile, deleting all posts, tags, likes, comments, and other FB content. (I don’t want to delete those accounts, at least not yet, while certain logins are still tied to them, and to keep public permalinks active. And hey, maybe they’ll clean up and I can go back.)

For quick and whimsical status updates I’ve moved over to Mastodon, and for pictures Flickr has always been a steadfast paid service. Given time I’d like to set up my own Mastodon instance and tie it in to WordPress somehow. I think should have some time to try that in about *looks at watch* 16 years, so around 2034.