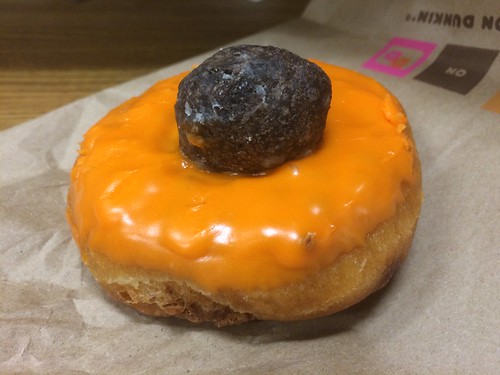 This seasonal Halloween Dunkin’ Donut was called “Spider” and I think it was supposed to be a lot more involved than just “munchkin in hole.” Sure enough, the official press release shows frosting eyes and spider legs, but eh, it was a donut and I ate it. 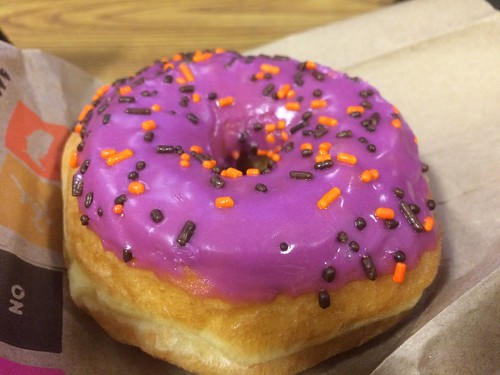 “Purple Potion” was another seasonal Halloween donut which I consumed with my mouth.