For Halloween we were a Star Trek family, with me and Amy in our Original Series red shirts and Ezra representing the Next Generation. 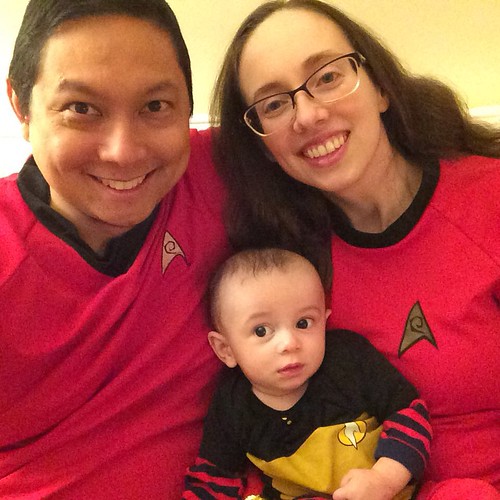 Last year’s creeper head mask served as a front walk jack-o-lantern and candy table for the trick-or-treaters — of whom there were far fewer than last year, probably since Halloween fell on a Monday. Interestingly there were zero presidential candidate costumes despite it being close to election. Also zero Princess Elsas. Lots of Supermen, Batmen, and Ninja Turtles, of course. Two Kylo Rens, more Darth Vaders. 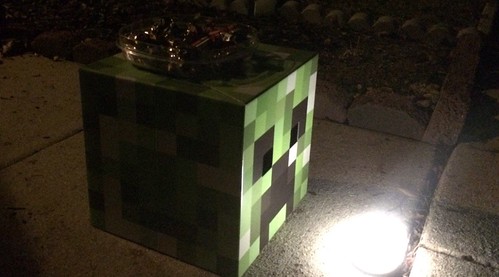 I just realized that in a couple more Halloweens I’ll actually have a son to take around the neighborhood, too.