October 17th, 2016 marked the launch of OA5, the return to flight of the Orbital ATK Antares rocket, delivering the Cygnus resupply craft to the Space Station, just shy of two years after October 2014’s explosive launch failure. I photographed the event from home with my NEX3N in three 30 second exposures, showing the arc of the vehicle’s climb to orbit. 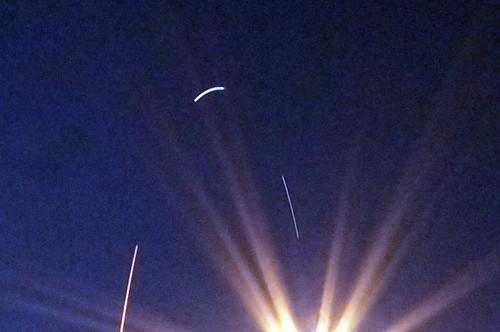