I visited the Philippines for a week in November for my brother and sister-in-law’s wedding. Flight there and back were on ANA with transfers at Tokyo Narita. Interesting thing about the IAD-NRT leg of the trip: westbound 14 hour trip was entirely in daylight.

(Did not bring wife or baby along; parents-in-law came over to help out at home while I was away and I was super-thankful for their help.). 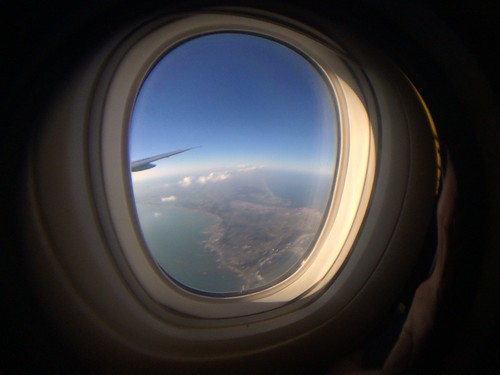 Brother and sister-in-law had a lovely wedding at the Immaculate Conception Cathedral in Cubao, and I was especially happy to see my nephew as best man for his mom. Was also appreciative of the priest’s homily focusing on Greek concepts of time: “chronos” and “kairos.” After the ceremony and several photo sessions at the church, a long ride in traffic on a party coach (complete with disco ball and whisky) to the reception at Makati Polo Club. 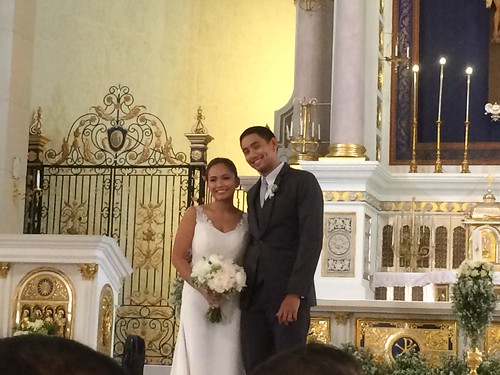 In the days that followed I spent time with family around the area. Visited Laguna de Bay (ba-eh) with my parents to see what used to be my grandfather’s farm, and swam in a little geothermal pool filled with steaming waters heated by nearby dormant volcano Mount Makiling. 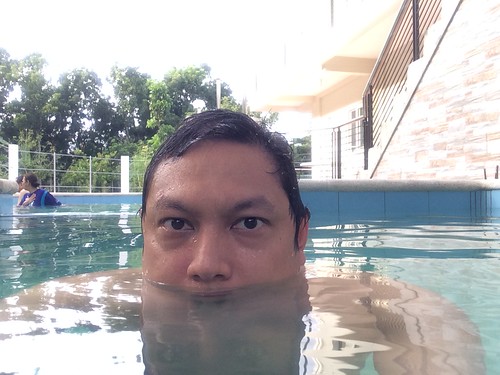 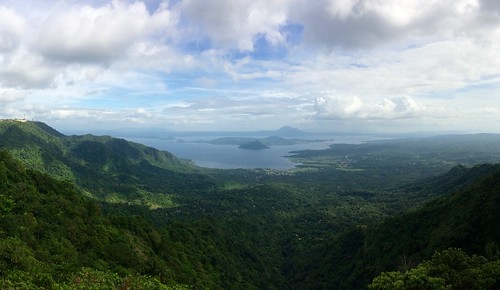 No time that day to do the hike down to the volcano itself, but we dropped by the local public market to see a butcher. I noticed this sample of the national weighing scale locked in a cage. 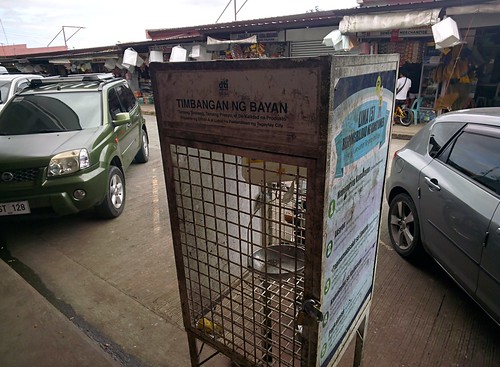 My brother Francis also took me out to Planet Dive for a scuba day trip at a dive site called Twin Rocks, which was very nice. We saw a turtle. Dive log here. 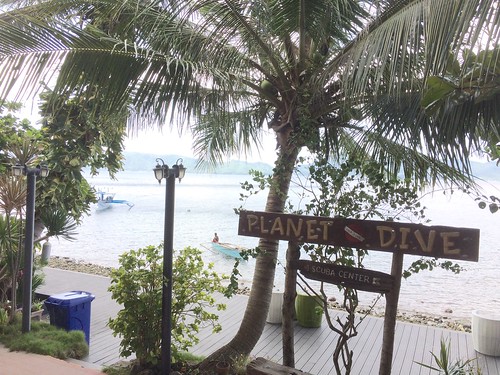 On the way back home I got my first ride on an ANA Boeing 787 Dreamliner. Smooth, quiet ride, but coach seating was actually a bit less comfortable than the ANA 777-300ER. 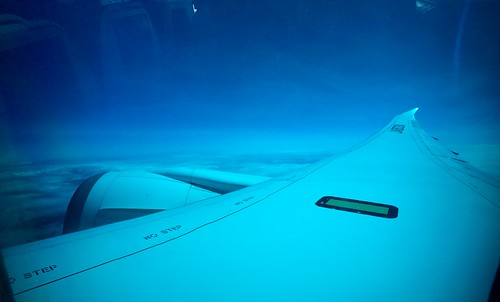 I had a 20 hour layover in Tokyo, which I used to sightsee around the city for a bit. First I went up to Tokyo Sky Tree and spent several hours on the 350m and 450m viewing decks, just taking in the sparkling night time view of the city. 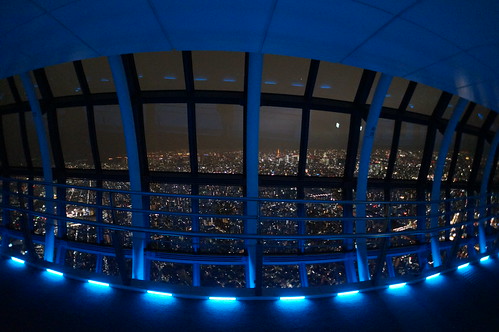 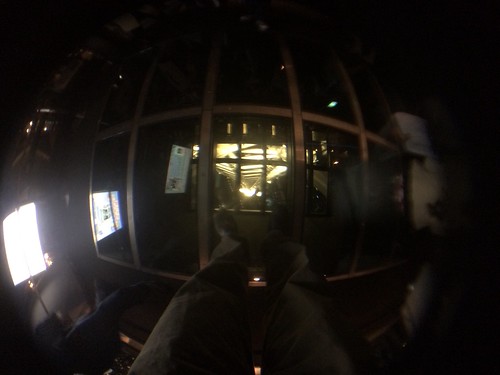 Down in Tokyo Sky Tree Town, the attached shopping mall and restaurant strip, I sat at a sushi bar. No one spoke English but I knew enough Japanese to ask for “omakase,” resulting in a plate of amazing fresh sushi (with a bowl of fish miso soup on the side). 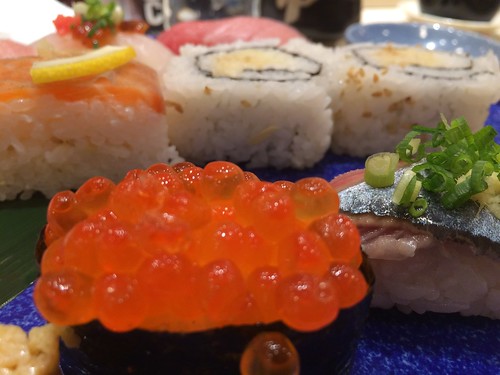 There was also a Pokemon Center, and I regret not buying a little plush charmander before it closed for the night. 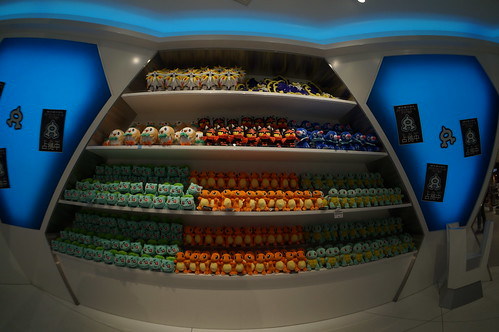 I then decided to sneak a peek at Harajuku to see the crowds of trendy pop fashion shoppers I’d heard about in travel guides — but on a cold and rainy late weekday night it was quiet, the shops closed and the alleyways empty. 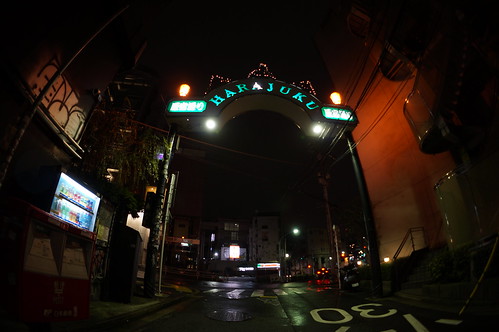 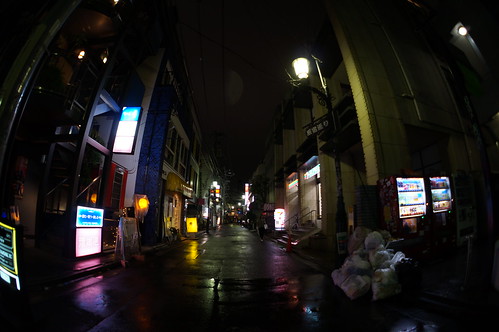 It was raining harder and getting late so I headed for Odaiba so I could spend the rest of the night at the 24 hour Oedo Onsen Monogatari, a history-themed hot spring spa — but it turned out to be closed for maintenance that night. The train stations had closed and I didn’t really want to splurge on a cab, so I ended up wandering around Odaiba in the rain looking for anything else open overnight. 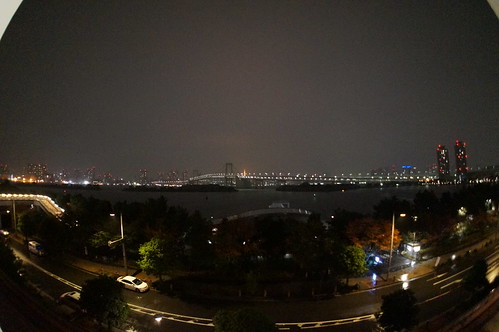 What I found was “Tokyo Leisure Land,” a 24 hour coin-op arcade hidden away in the upper levels of a parking garage behind the Palette Town Big Ferris Wheel. There were claw machines and gacha toy dispensers and pachinko machines and karaoke rooms and a bowling alley and a haunted maze (closed) and purikura photo booths and coffee vending machines and a snack bar. 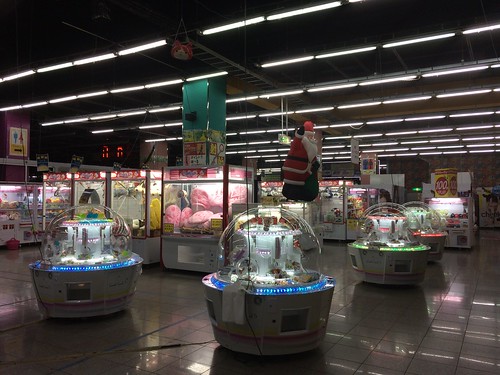 It was noisy and bright and more than a little surreal, and kept me entertained for the few rainy hours left before I could catch a train back to the airport.

At Narita I found that the shower-and-nap facilities were nice and cheap for a quick wash-and-snooze before boarding. ANA flight home was pleasant and uneventful. 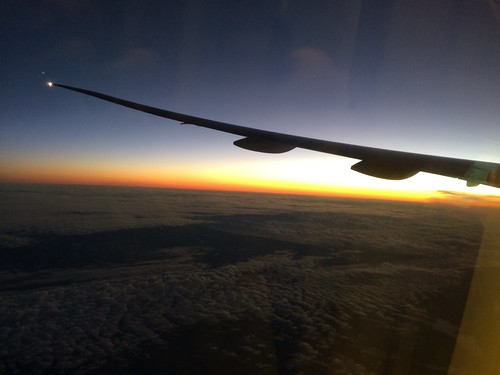 Far too short a visit, but it was good to get home to wife and son. 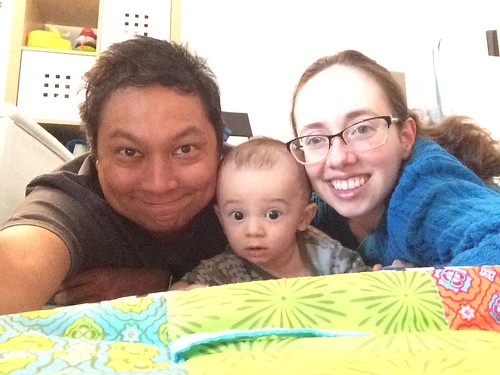