At some point in October I turned forty, a milestone I commemorated with all the pomp and circumstance of numbers flipping on a clock — that is to say, I had an uneventful birthday that consisted of mostly work. (We did go to an Irish pub for a delayed celebratory brunch that Saturday.) 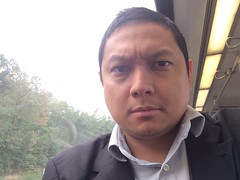 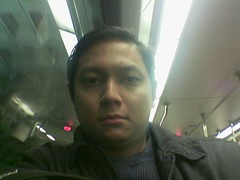 I snapped a contemplative self-portrait on Metro, then realized later that I had taken exactly the same photo of myself ten years ago when I turned thirty. At the time I was on the cusp of several life changes: about to get married, get a new job, and move into a new apartment. Ten years later we’re still happily married and have our new son, plus much else to be grateful for.

More transitions are coming, and I often struggle to keep up with work and child and house and life in general. In all things I must remember to find sustenance in the grace of Him who has brought me this far — sometimes easy to forget in this domestic whirlwind.