At the grand old age of three and a half months, Ezra is now able to smile and laugh, roll onto his side, recognize faces, vocalize, deliberately grasp things, feel textures, follow movement with his eyes, hold his head up unaided for minutes at a time, and even occasionally sleep through the night. 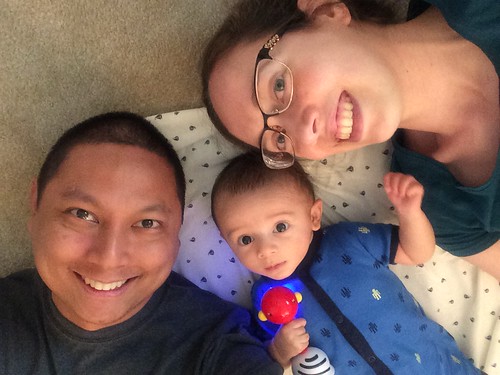 It’s been wondrous to watch his rapid physical and cognitive development, especially the changes in his personality as his sensory awareness opens up and he goes wide-eyed (or open-mouthed) at new things he can see and hear and touch and feel and taste. 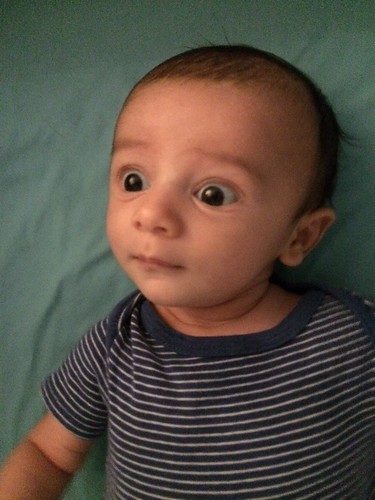 And it truly is heartwarming to see our kid smile and laugh just at the sight of me. (Or maybe it should be puzzling because he seems to find something about me really amusing.)

Meanwhile we’re learning to speak Baby while transitioning him to grownup human languages. He really does have specific sounds for his various simple needs: hunger, diaper, fatigue, frustration. I speak to him in English and Tagalog, of course, but I’m injecting a few other languages: singing German and Irish songs as lullabies, and blessing his sneezes in French. 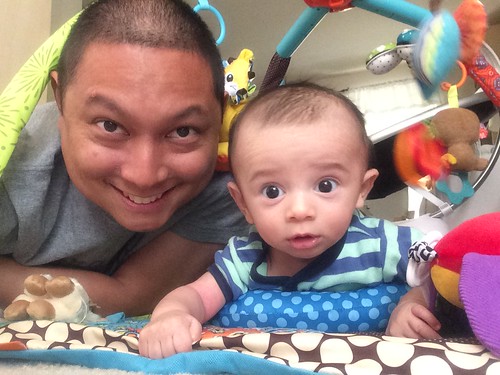 At about 13 lbs and 2 ft he’s slightly-low-average weight but also extremely tall for his age, with most of that height in his legs. As he approaches the size thresholds for his bassinet and car seat I’m already picturing a six foot teenager around our house in the 2030s. 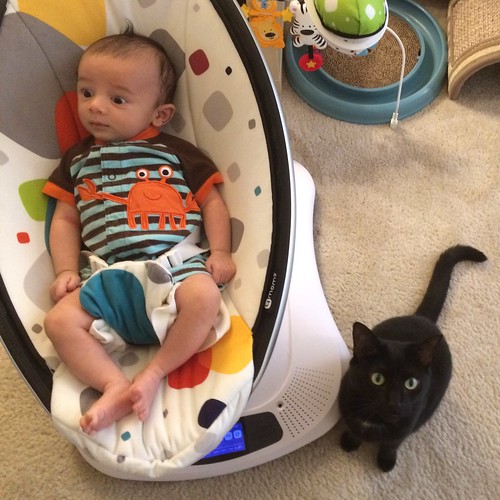 There are still sleepless nights, especially as he transitions from bassinet to crib, goes through sleep disturbances affected by his increased sensory awareness, and suffers his first colds and allergies, but the truly hardest days of newborn life are behind us. Still, further challenges lie ahead: crawling, teething, solid foods, walking, potty training, college. 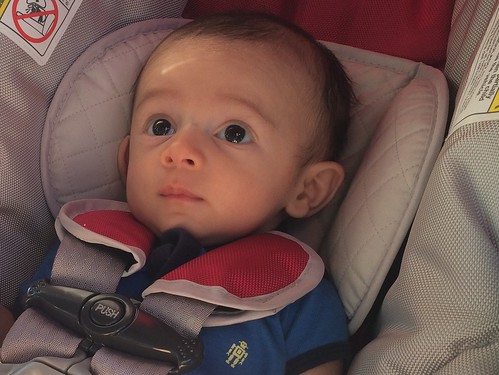 I think fatherhood most profoundly sank in for me a few weeks ago when I picked him up from daycare and said, “Hi, I’m Ezra’s father.” With those words came a rush of thoughts and emotions: from impressions of the sacramental importance of parenthood as theological ministry, to various realizations about my own parents, to “Hey I should learn to say ‘I am your father’ in a Darth Vader voice by the time he’s old enough to watch Star Wars.”