I’m on a plane to Lincoln, Nebraska, looking out the window at a sun soon to be obscured by the moon. 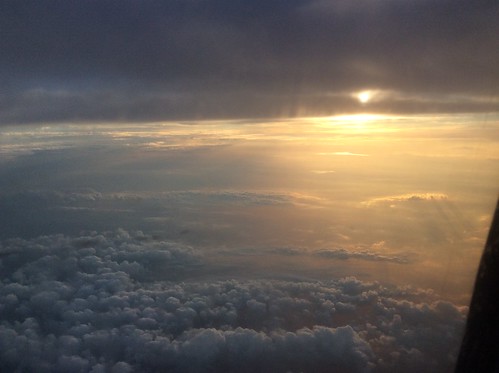 I hadn’t originally planned to travel for the Great American Eclipse of 2017, figuring it would be enough to glance at the partial eclipse from DC today; but then I read the stories:

With all this I decided to give eclipse-chasing a try, and burned some airline reward miles on a same-day round trip to Lincoln, NE, with a car rental to get farther south and deeper into the shadow of totality. I’m torn between viewing the eclipse from Pioneers Park, which has four pillars that connect the eclipse site back to DC, or the Homestead National Monument, which will provide a full minute more of totality — precious seconds where an eclipse is involved — but as a NASA broadcast site and major venue event, will probably be more crowded. It’ll depend on the clouds more than anything else.

(Many thanks to my wife and kid for letting me disappear to the heartland for a day to experience about two minutes of staring at a darkened sun.)