One nice perk of new job: access to the system of tunnels under the US Capitol. Hours are limited when House and Senate are recessed, but if I get out early enough it’s still a good way to get to Union Station when weather is less than optimal for a walk outside. 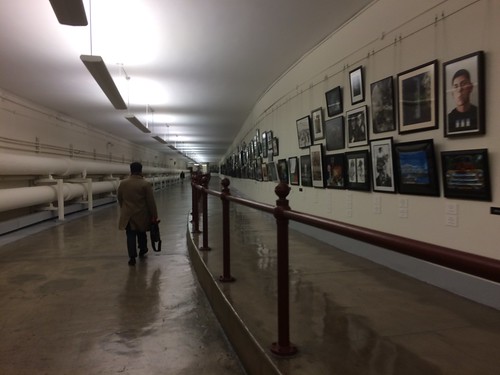 Cannon House Office Tunnel is lined with art from constituents in every Congressperson’s district, and connects to the Capitol Basement. Down there I still keep getting lost in a maze of nondescript and very un-Capitol-like passages while trying to get to here: 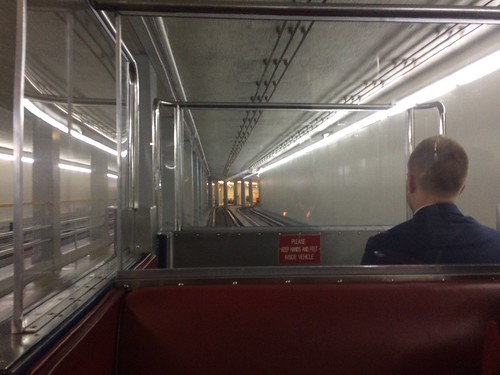 …the Senate Subway that connects the Capitol to the Senate Office Buildings. There are also walkways between the tracks; at least once walking has been faster than waiting for the train cars.

After a long walk through a brick basement hallway under the Russell Senate Office Building, I emerge right near Union Station. 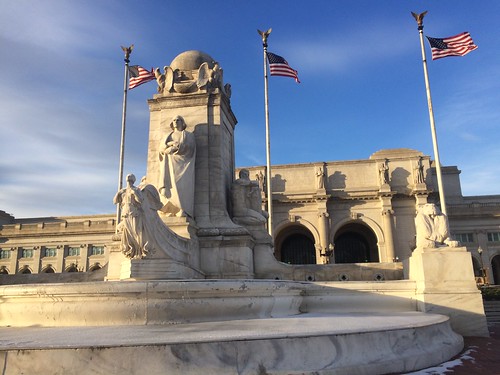 Of course, if we still lived in our old apartment on E St NW I’d be practically home by now, but today there’s one more train to ride. 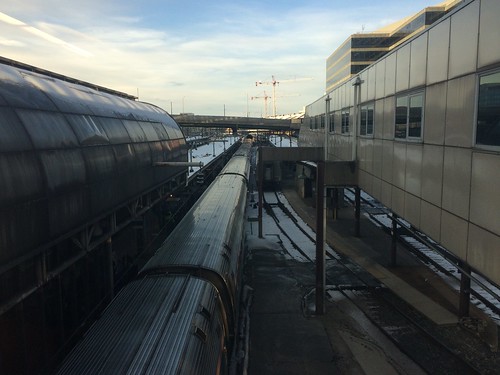 And miles to go before I sleep.

(If short VRE commuter train rides recorded with a GoPro are your thing, I’ve been collecting them in this Trains Playlist.)