The January 2016 blizzard dumped 2 feet of blowing snow on us over the weekend, blanketing our world in white, canceling classes and delaying work for days afterward.

Fortunately water, power, gas, internet, and TV all stayed on, and we had lots of food and time to cook, so we lacked for no creature comforts through the storm. With Amy working on Project Wallaby I was on sole shovel duty and got a good workout clearing the stairs, walkway, deck, and local hydrant. 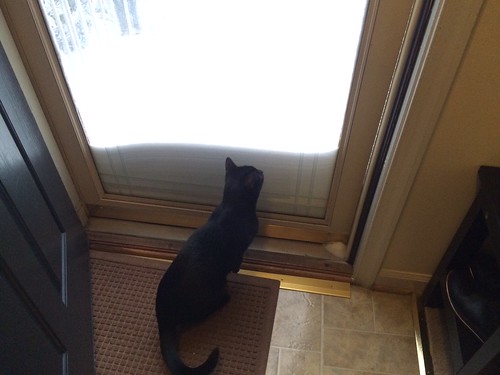 The nearby marsh and forest turned picturesque. 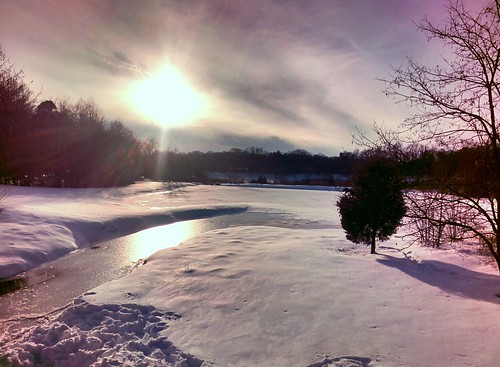 Neighborhood snow banks piled up considerably with plowing and shoveling. 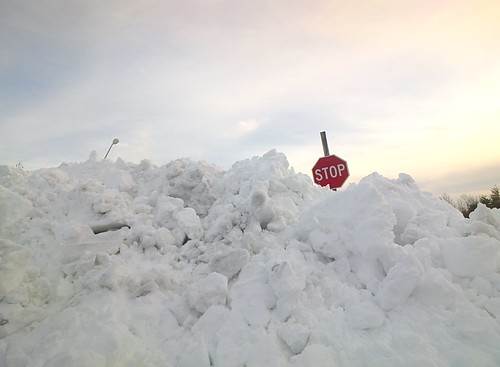 Based on an NPR story about eating snow I found a bit of powder to be a good addition to some Laphroaig.

In DC I lent my necktie to a snowman. 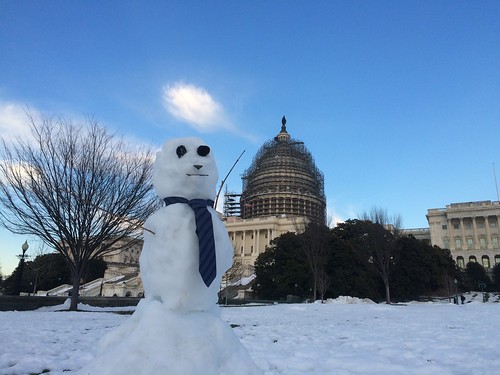 Snow-related road backups made Metro parking a nightmare, and my video of the line to exit a Metro parking garage made it to WTOP and Washington Post.

The weather’s a lot warmer a week later, so the giant snow banks are melting, and the sunsets have been spectacular. There’s still a lot of winter left, so this may not be the last snowstorm we see before spring, even as warm as it’s been. 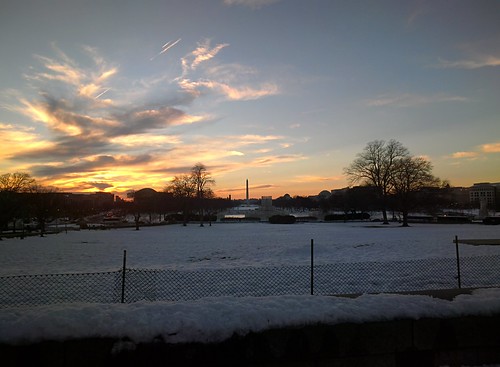 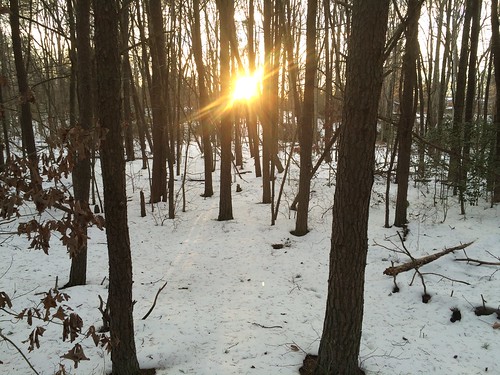 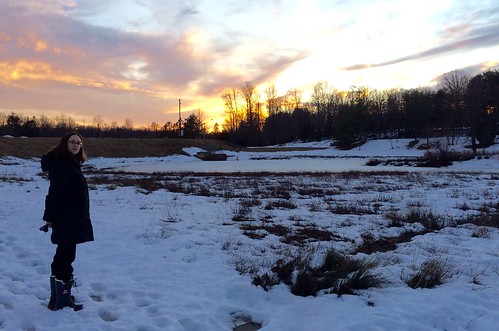 More photos from the January 2016 Blizzard in the Flickr photoset.