At two years of age, our son Ezra has officially graduated from “baby” to full-fledged “toddler.” He is completely off milk bottles and baby food, walks and runs and goes up and down stairs and really enjoys the wading pool. 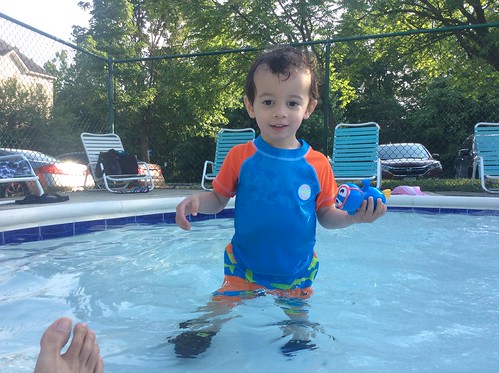 He can now speak in short phrases, can say “hi” and “bye” and “please” and “thank you”, and has even learned to be defiant and say “NO”. He’s learning his letters and recognizes Os and Bs on sight, and can count from one to two, maybe three if he concentrates. Dogs are all puppies, but cats are cats, and he can tell Martha from Amelia. 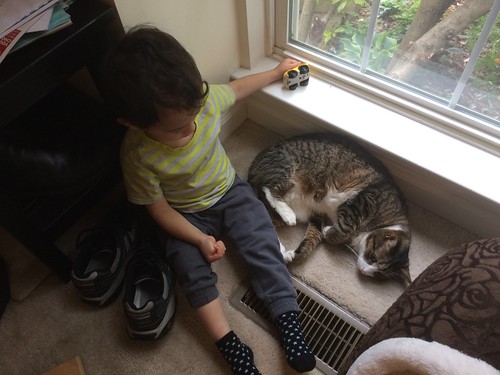 Water is agua, juice is “jees.” He can identify his favorite foods, and is especially fond of blueberries (“boobappies”) and watermelon (“nenin”). Elevators are his favorite thing but he has mixed them up with “alligator” which he has abbreviated to “aggie.” 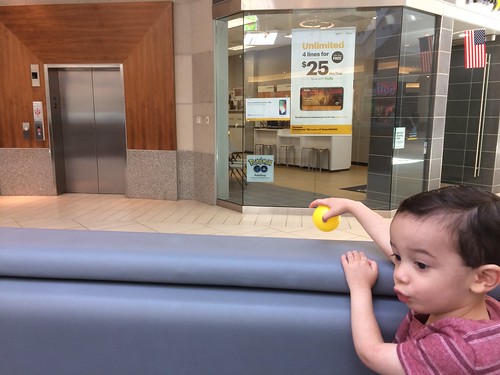 Outside he collects spiky sweetgum pods, picks wildflowers, and has dubbed the stream under the park bridge “turtle poop water.” 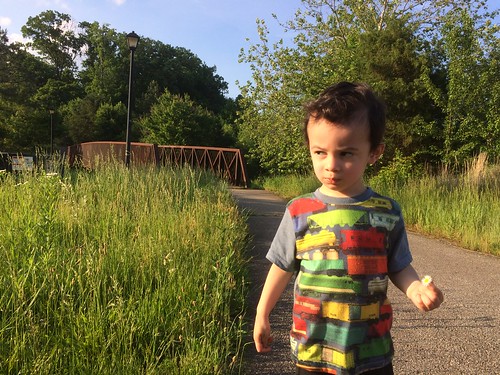 He’s also extremely enthusiastic about trains. He watches Chuggington and random railfan videos on YouTube, and likes to say hi and bye to the Metro and VRE as they pass by.

He knows his way around an iPad, and has figured out Neko Atsume and PokemonGO — although he seems to think the point of the game is to feed wild Pokemon berries rather than catch them. 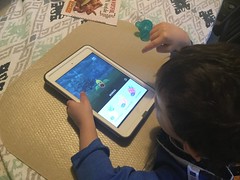 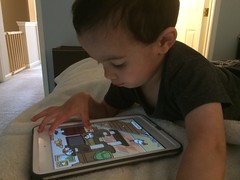 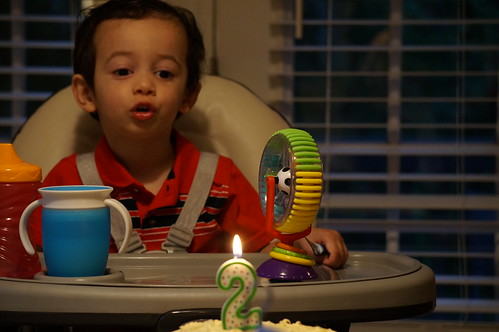 As Ezra is no longer a baby, the “Baby Ezra” Flickr photo album that has tracked his progress from ultrasounds to toddlerhood is now closed to updates, though new photos will still be added to the Ezra tag.