At 21 months of age, Ezra is well into the transition to toddlerhood. He can walk, run, walk backwards, and even negotiate stairs with help. (One thing he can’t do yet is jump; he bends his knees and jerks upward a bit without leaving the floor. He’ll get it someday. )

He can sort shapes and do simple toddler puzzles. He actually has a vocabulary now: maybe 50-100 words, including various body parts. He can identify his mom (“MAMA”) and dad (“DADA”) and cats (“CAT”) and grandparents (“BABA” for both grandpa and grandma). He understands a lot more than he speaks, able to follow simple instructions like “put your clothes in the hamper” or “get the ball and throw it here” or “don’t release the clutch so fast, and shift to a lower gear to slow down on a steep downhill slope.” 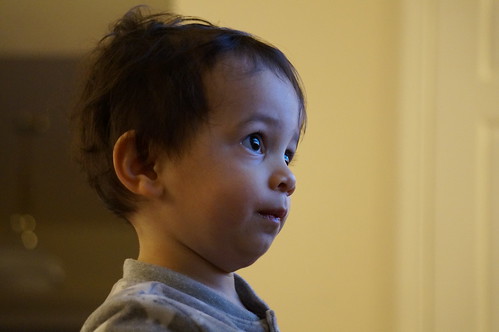 At the dinner table he can handle a spoon and fork, and eats a variety of soft foods without complaint. He’s got at least four molars in and sharp canines showing now. The fact that he can bite and chew a banana and identify it by name (“NANA”) is still amazing to us. Sometimes he’ll sit in a regular chair to eat, and he’s big enough that his chin isn’t on the table. 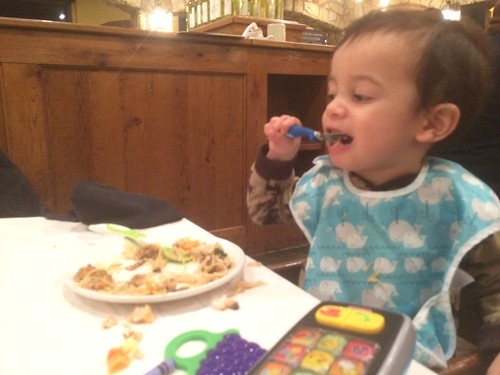 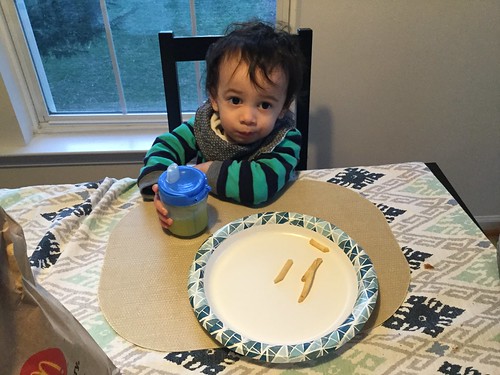 When at church he likes the cookies at the post-service reception. 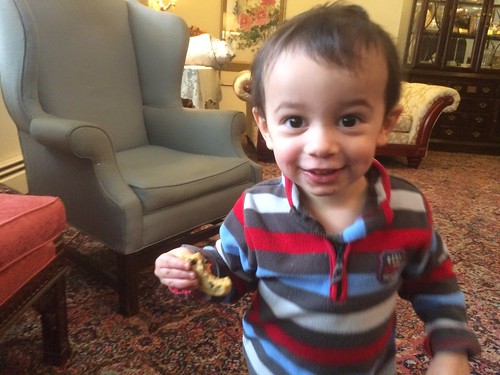 He really, really loves being outdoors, even when it’s cold, and tries to socialize with other kids by throwing balls towards them. 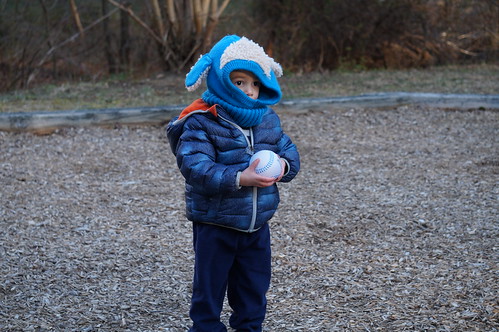 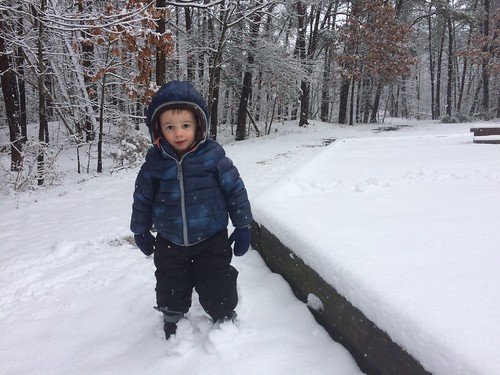 Ezra also got his second haircut and seems to have gotten over the worst of his earlier stranger/separation anxiety, handling the process with much more calm than his first. 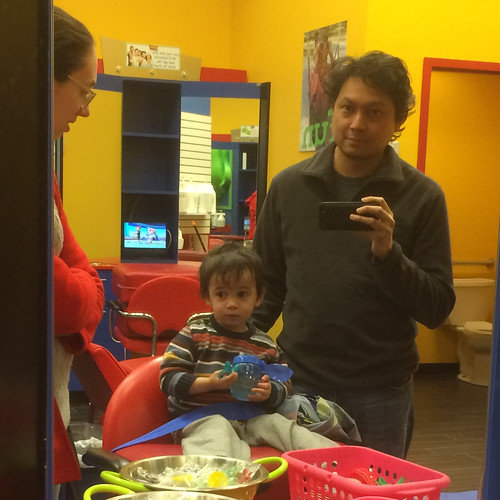 He can also use a laptop, tablet, phone, or handheld gaming console; so far his favorite game is “find the home button and press it repeatedly.” 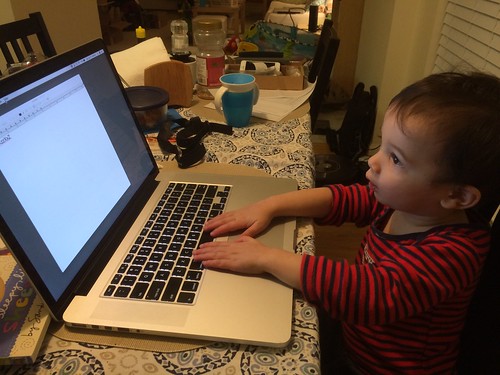 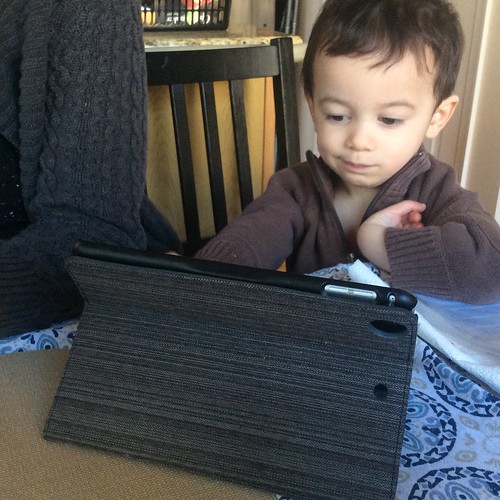 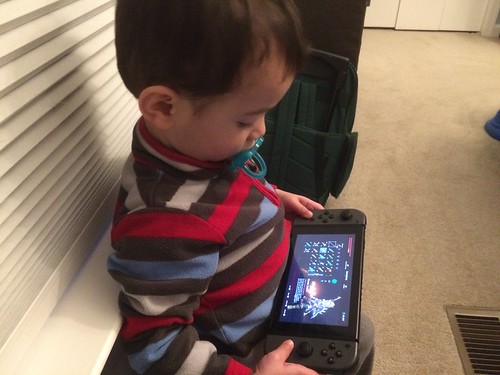 Just 3 months shy of two, when I can’t really call him a baby anymore. 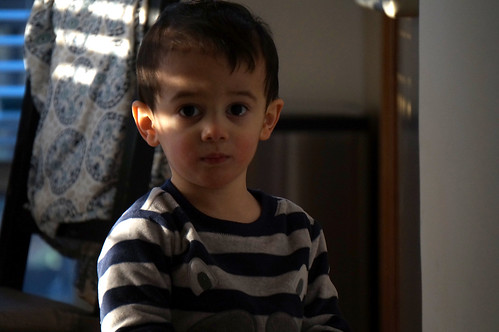 He’ll be a full-fledged kid.