Ezra outgrew last year’s Star Trek: Next Generation outfit, so this year he was in Original Series Captain’s Command Gold. Meanwhile, Amy and I donned our red shirts as his security detail. 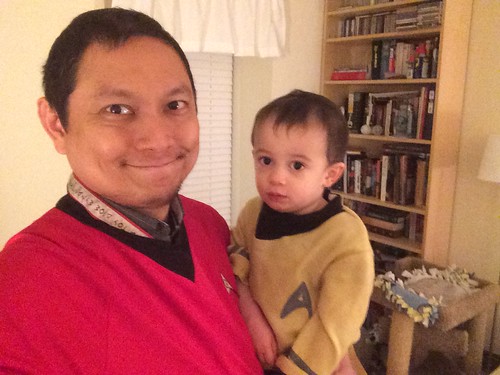 He’s still an unsteady walker and doesn’t have enough teeth to handle candy yet, so no walking around trick-or-treating, but he had fun staying out late and greeting the monsters and superheroes who showed up. Two bags of Costco candy — only one was finished up, which means now we have 150 pieces to ourselves.