And now some good space news after the bad: a robotic comet landing by Philae, companion spacecraft to ESA’s comet probe Rosetta. I’m a big fan of their “Once Upon a Time” series of cartoons which do a lot to humanize the mission and make the probes more relatable to kids:

Philae bounced a few times before coming to rest on its side in a shadowed spot that blocked a lot of light from reaching its solar arrays, but the plucky little robot still managed to complete its primary science objectives, send back the first dim images taken from the surface of a comet, AND record the sound of its touchdown. 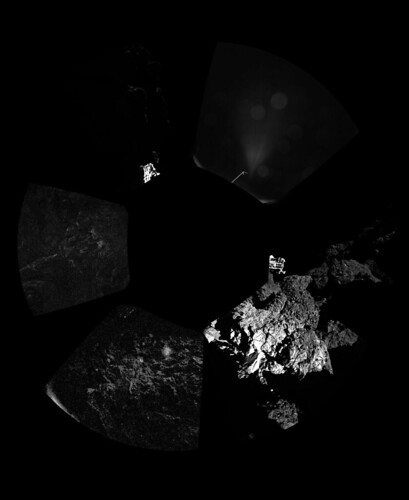