Looking towards Halifax from the tip of McCormacks Beach in Eastern Passage. Purdy’s Wharf, Macdonald and Mackay Bridges, Tufts Cove Power Station, and the Imperial Oil Wharves are all visible. 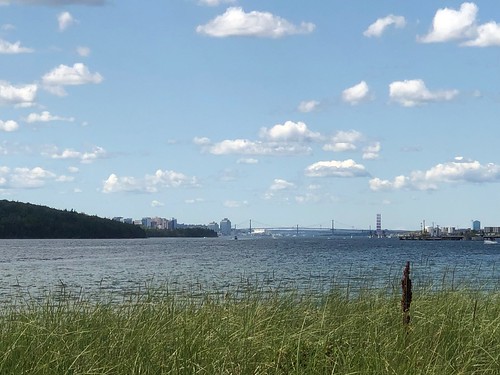 The provincial park features a boardwalk to the small sandy beach, and sits right near Fisherman’s Cove, where Ezra got to meet a pirate. 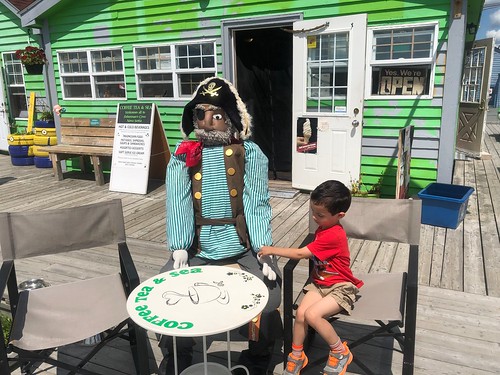 This was outside a little cafe called Coffee, Tea, and Sea, which, interestingly, also featured Indonesian food on the menu. Definitely have to try lunch there some time.