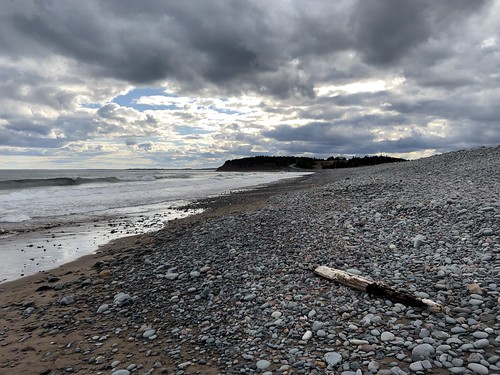 The beach was rough and steep and rocky, with a few surfers riding the cold Atlantic breakers. Joggers and couples picked their way carefully over the stones, some of those stones speckled pink with ancient granite, or layered into buckled, twisted lines of reddened sediment and pearly quartz. Sometimes rays of sun would peek through the low clouds and cast a faint, crepuscular glow over waves and hills, all grey and rolling into each other till land and sea and sky felt like the same turbulent, restless, unsteady thing. 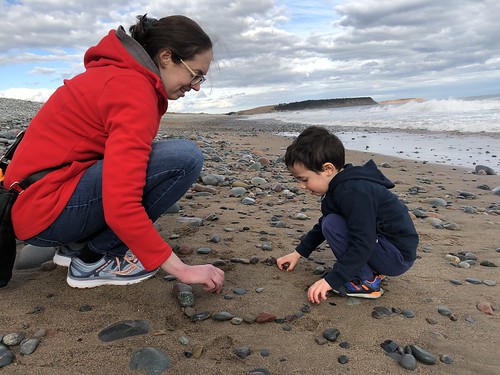 In the softer, wet sand down by the surf my wife and son built a circle of pebbles, running off and laughing when an especially strong wave came up to wash over the stones, later sitting to watch the Atlantic as the tide receded. 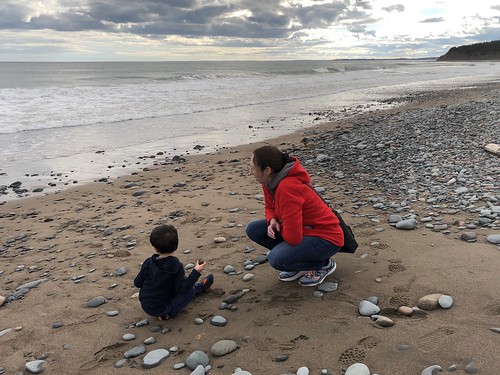 It’s not the best beach for a kid; I had to stop him from wandering over an especially steep rocky slope. He cried about that, and about leaving. Maybe we’ll come back when he can handle a surfboard on his own.