Hopped over to the National Aquarium in Baltimore last Sunday. We wanted to be out of the DC area while the white supremacist rally was on (though it turned out to be a failure) — but even not counting that, we also wanted to take Ezra on his first aquarium trip to see some fish and turtles and sharks. 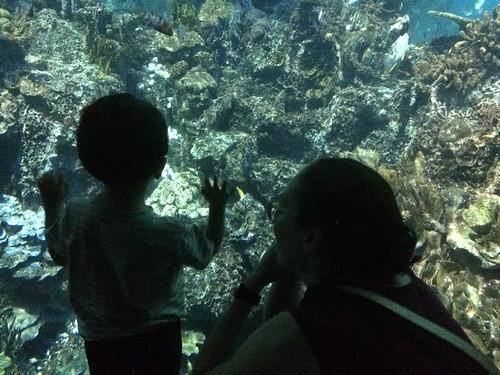 I’d forgotten how very linear — and exhausting — the crowd flow in the main “Blue Wonders” part of the Aquarium was, parading you past tank after tank after tank before depositing you in the Rainforest, then ramp down shark alley, and an anticlimactic underwater viewing area all in not-so-quick succession, with only a small upstairs cafe for respite along the way. We knew better and retreated back to the larger cafeteria downstairs for an early lunch when Ezra got cranky, but it wasn’t an easy backtrack through the mazelike layout, nor was the return trip via elevator to where we left off entirely intuitive. 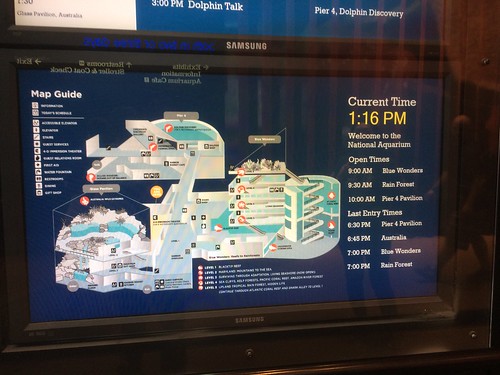 Still, we saw a nice variety of aquatic wildlife, lots of sharks, plus some golden lion tamarins in the Rainforest. I also learned the giant sea turtle in the reef is named Calypso. 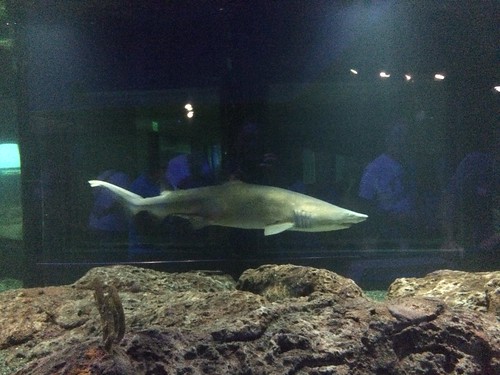 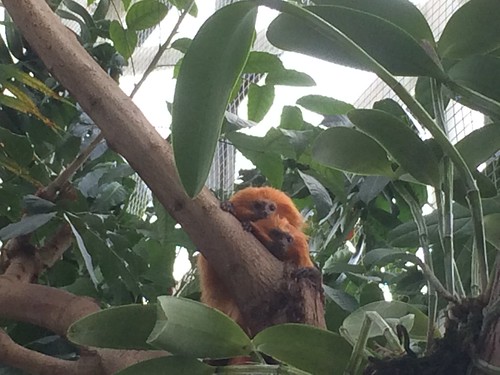 The main aquarium experience ends with an interactive guestbook where a touchscreen invites you to construct a phrase of up to six words selected from a limited, aquatic/conservation vocabulary, for display on a big projection screen. Ezra mashed at the touchscreen a bit to say SWIM HUMANS HEALTH HEALTH HUMANS. 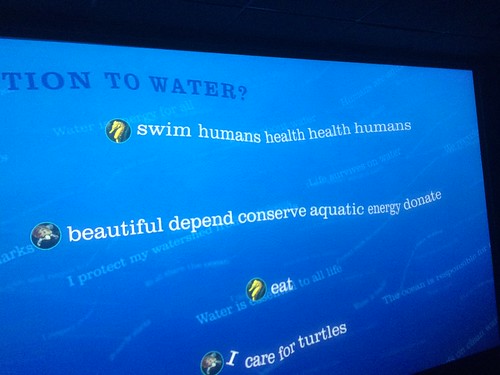 I haven’t been to Baltimore for a while and have been terrible about keeping up with friends there. Must come back again.

More photos here, and a collection of photos from previous trips to the Aquarium here.