Back from Ocean City, MD for a seaside weekend. This was Ezra’s first trip to the beach and his first time to touch an ocean, which he found enjoyable. (I really thought he’d be scared and crying like I was at that age but he literally jumped right in to the experience.)

We stayed at Safari Motel on the boardwalk, slightly old but livable beachfront accommodations with a view of the ocean (if you look sideways from the room) — and a gorilla on the balcony. 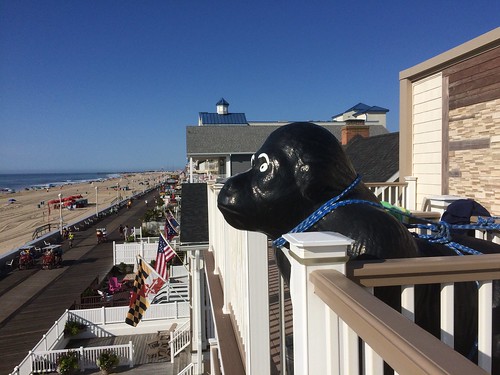 Had a chance to walk along the boardwalk to Trimper’s Rides for Bill Tracy’s classic Haunted House dark ride, which I’ve wanted to ride for years. Would have been too intense for Ezra, however, so he did several rounds on the Wild West Train. 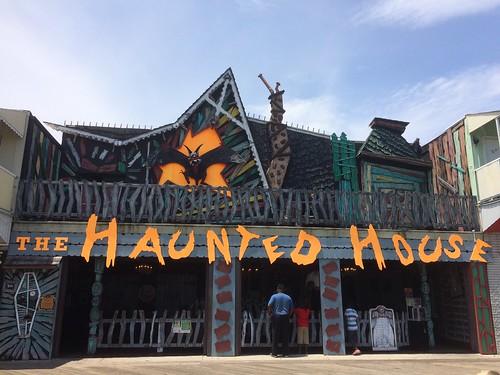 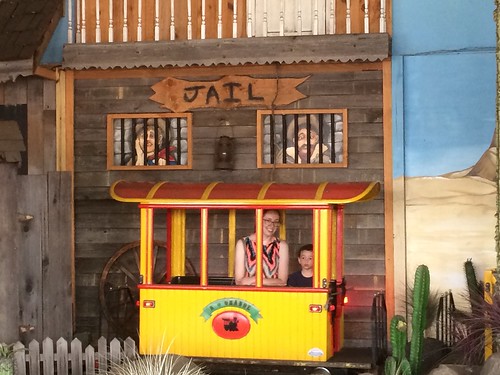 Not having had oysters for a while, I was also glad to try the Chesapeake Steampot, at Hammerheads to get my fill of briny shellfish. Ezra sampled some too. 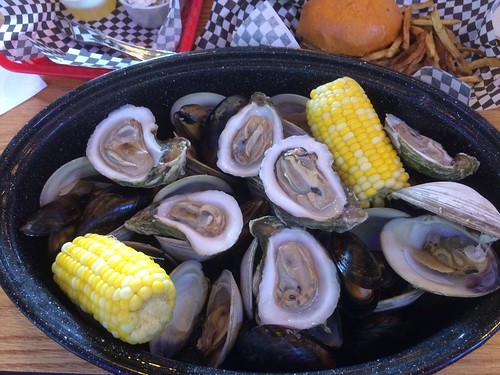 Other stuff I still want to try for next time: Jolly Roger, Thrasher’s Fries, probably a bunch of other stuff we missed. But for now it felt good to get in the ocean again; it had been a while. 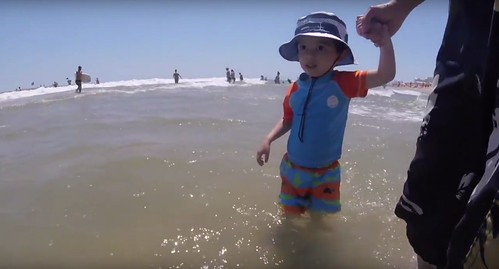