We visited Toronto for a long weekend, with a day trip to Niagara Falls on the side. This was our first time to Toronto, my first time to Niagara, and Ezra’s first international trip and plane ride. 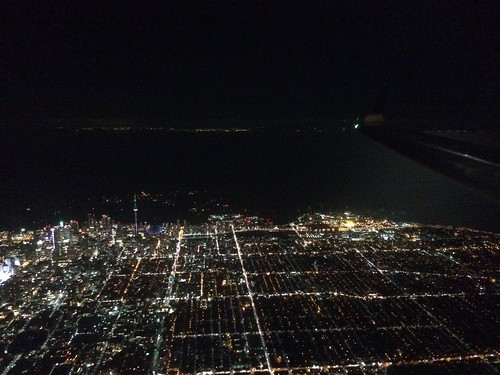 Flight: United (actually co-branded Mesa feeder), and we sprung for front-row Econ Plus seats to ease baby handling. Learned when they moved us that only the right side of Row 6 on a CRJ-700 has three oxygen masks. Ezra handled the late night IAD-YYZ flight like a sleepy champ, quiet for most of the trip, but got rather screamy on the afternoon YYZ-IAD return flight. 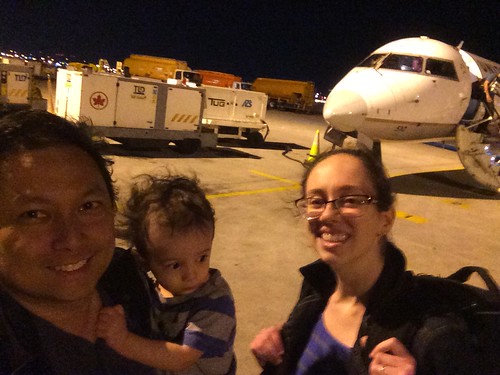 Hotel: Intercontinental Toronto Centre, which was a bit of a splurge but gave us a nice downtown location walkable to all the standard tourist sights, and our room had an excellent view of CN Tower.

Food and Drink: I tried a Canadian Caesar (Bloody Mary with Clamato) during a Metafilter brunch at Jason George. We also had our first Tim Horton’s coffee and Timbits, and sampled poutine at The Dickens in Burlington, Ontario — where I discovered that cheese curds are very similar to the Filipino kesong puti of my youth, with salty taste and “squeaky” mouthfeel. 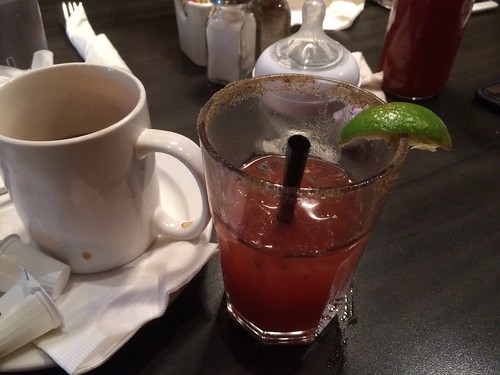 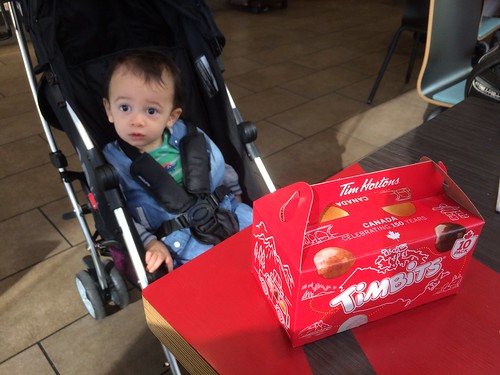 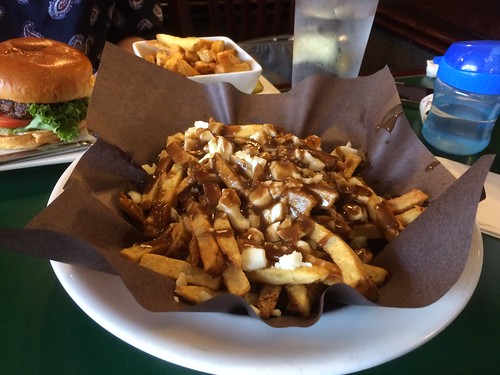 Tower: Met up with Jacquelyn to go up CN Tower and take in the view. Line was long but moved fast, and it was a nice and clear day. Great views of the city and the lake from above, and Ezra was not at all bothered by bears or heights — even through a glass floor. 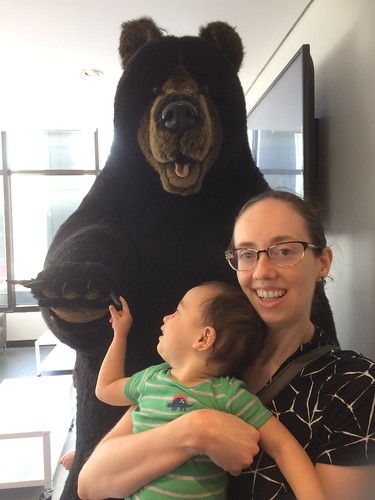 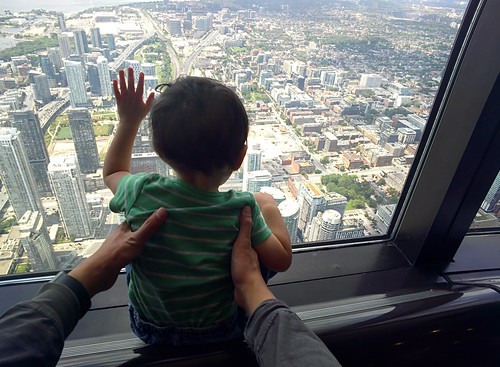 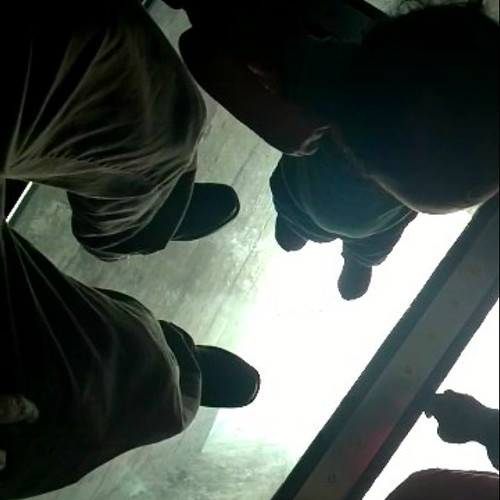 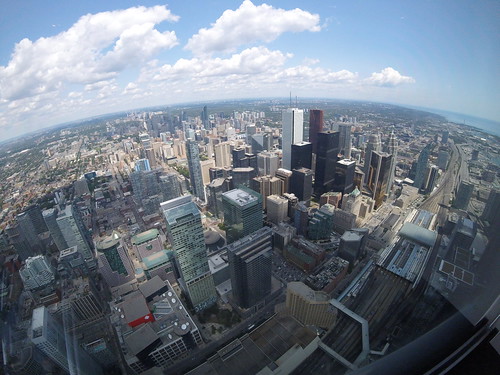 Island: After the Tower we took a water taxi to Toronto Centre Island, just reopened after flood closures. In addition to the lovely view of the Toronto skyline I especially enjoyed the Haunted Barrel Works, a classic dark ride at Centreville Amusement Park. 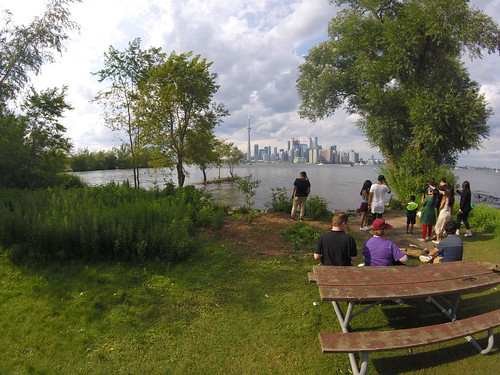 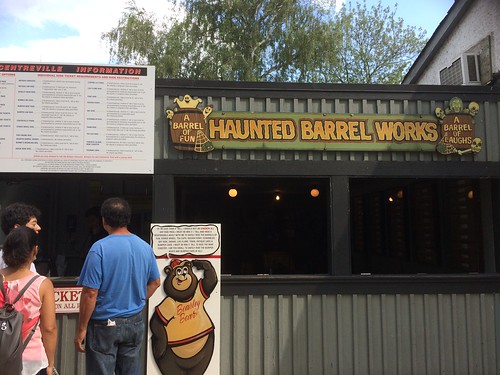 Falls: Next day we drove for an hour and a half to Niagara Falls, Ontario. Time and baby accessibility constraints meant skipping a bunch of attractions like Niagara’s Fury or the gondola or Journey behind the Falls or jet boat, but the Falls were wondrous enough by themselves. I was initially worried that the roar of the waterfall would scare Ezra but it was much less loud than I expected and he was just fine. 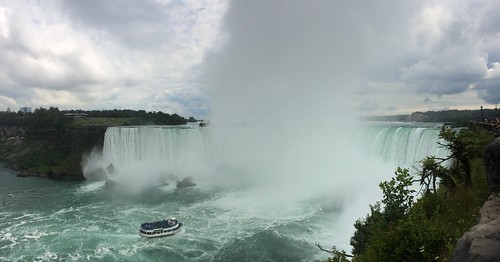 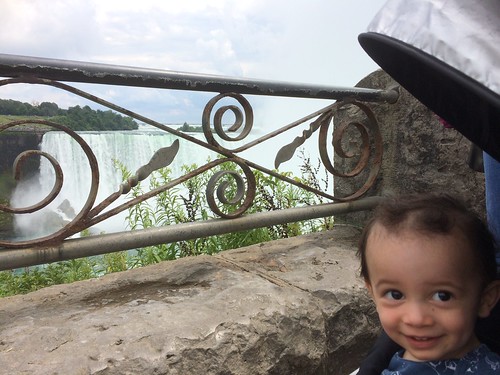 Flowers: As it rained more through the day we retreated from the waterfalls to the Niagara Floral Showhouse to see their botanic displays and miniature railroad. Ezra likes plants and flowers so he enjoyed this a lot. 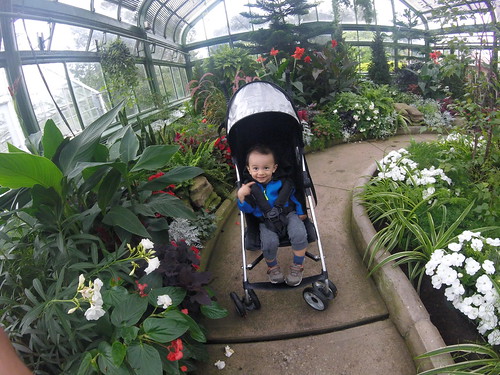 Blue Jays: One last thing we did before checking out of the hotel: walk over to Rogers Centre team store to get a souvenir Blue Jays baseball. 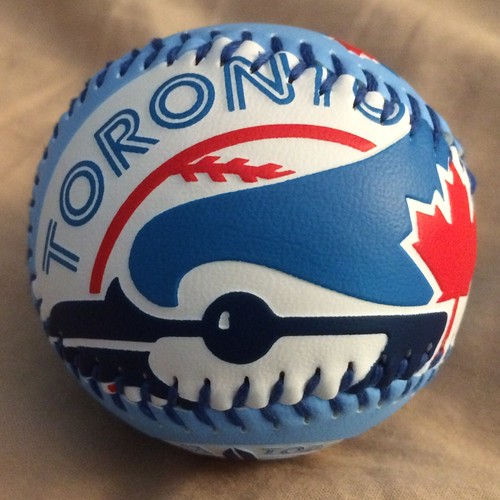 Car: I wouldn’t normally rent a car for a transit-friendly city like Toronto but late night baby transport and Niagara day trip plans necessitated a rental, in this case a Prius V from the airport Hertz. First time driving a hybrid, and airport plus Niagara round trips used less than 1/4 tank of gas. I was glad for that with the civic holiday traffic returning to Toronto. We spent some part of the afternoon going off the QEW and driving along Lakeshore instead, which was pleasant, and led us to that pub in Burlington where we had burgers and poutine. (A good chunk of our last day was spent driving around in search of an airport-area gas station to replenish the tiny quarter tank of fuel consumed.) 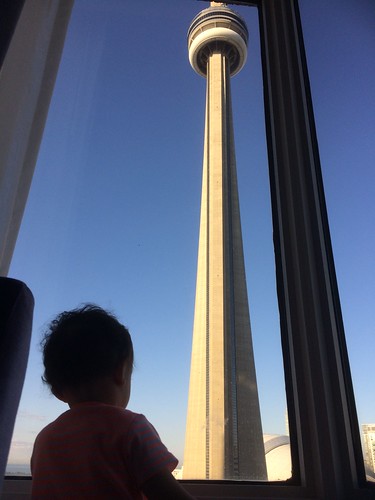 There’s a lot we didn’t get to see: Edgewalk, Fort York, ROM, aquarium, railway museum, zoo, Wonderland, and others, plus we didn’t get to try Beavertails. It’s a short trip from DC, so we’ll be back — maybe when Ezra’s old enough to enjoy this stuff more. (We do also have our eye on Halifax for a future trip. )