Google Glass is large, conspicuous, and expensive. It’s a bulky two-piece computer prominently clinging to the side of your face on a frame that is unfoldable and unpocketable. Unless you have a bag* with you, Glass pretty much forces you to wear it on your face — and this might be by design. It’s possible Google wants Glass to be a real-life viral marketing tool for itself, just by being an extremely visible head-mounted conversation starter: conversations that will probably start with mention of the $1,500 price tag (after the standard “are you recording me now?”)

Glass doesn’t come cheap: you’re not just buying the unit, you’re buying into the Explorer Program, paying for the privilege of beta testing for the Google X team that built Glass and is still ironing out the technological and social kinks.

#ifihadglass It would be a downgrade. -Geordi La Forge

Google has actually removed additional functionalities with later updates: video calls disappeared from the feature list as of XE18. Lackluster processor power and battery life, unstable software, and a narrow selection of official apps, along with the general public awkwardness of what looks like a Borg implant, all combine to make Google Glass a pricy risk for early adopters.

Anyway, I got one. 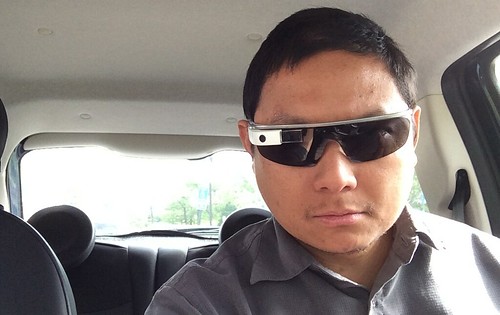 Not at full price, good heavens. Fellow MeFite Matt gifted me his v2 Glass. Selling Glass is against terms of use, but Google has softened its stance on disabling sold units, and gifting seems to be okay, so I get the technology, software updates, and early adopter experience, but no warranty, free upgrades, Basecamp access, or other Explorer Program benefits.** 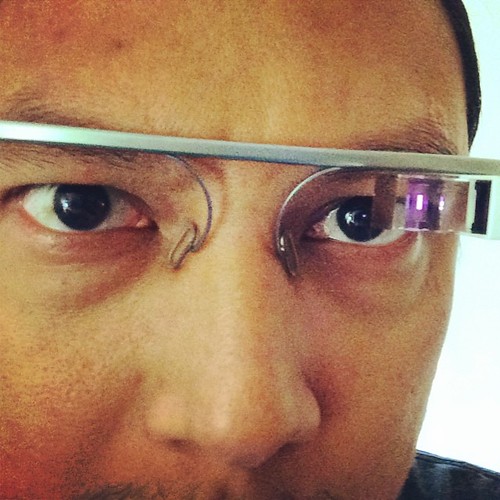 And you know what? I’ve enjoyed it — but expectations must be calibrated accordingly. While the initial “Project Glass” concept video showed an immersive augmented-reality HUD, the final product is more akin to a swipeable smartphone screen hovering near one’s right eye.

Glass is not a computer or a smartphone, and it has no keyboard or mouse, instead using voice recognition and a tappable swipe pad. It’s not for web browsing, but is able to view webpages from a Google Search or a tweet.

As a wearable 720p camcorder with social media capabilities and Google Now notifications, Glass has been fun and useful, especially for travel or just weekend jaunts around DC.

At home Glass has served to amuse myself during bouts of drudgery, even able to screen full length*** movies like Laser Mission for my amusement while I do dishes and laundry. Glass is also an unparalleled cat video platform, allowing for hands-free recording of feline activity and near-instant sharing to YouTube. These are videos where I would otherwise be fumbling to hold a phone with one hand while engaging the cats with another.

And just once in New York City I captured this grim but memorable scene which might otherwise have been awkward to casually photograph with a handheld device. 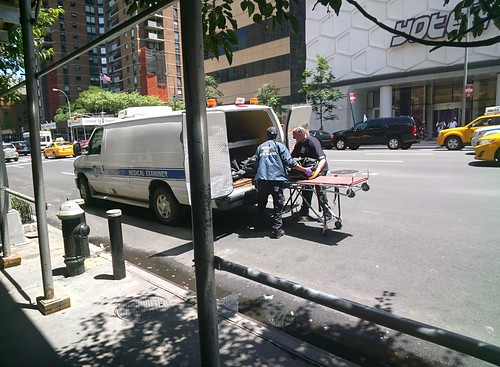 The social aspect hasn’t been troublesome: no one has actually approached me out of the blue to ask about Glass, and I’ve never been asked to take it off at any establishment. At the same time, I tend towards discretion: I don’t wear it constantly, and I generally look away from people when using Glass. When I don’t need recording or notifications I push it up on my head like normal sunglasses. 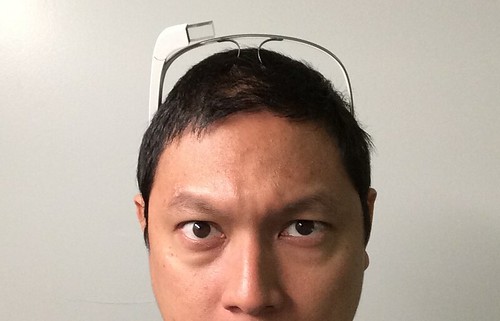 I’ve also managed to attach an elastic sunglass retainer to the frame, stretching a rubber loop past the battery housing. In addition to keeping the device on my head while running or riding roller coasters****, the strap lets me wear Glass around my neck, which is sometimes preferable to keeping it atop my head. 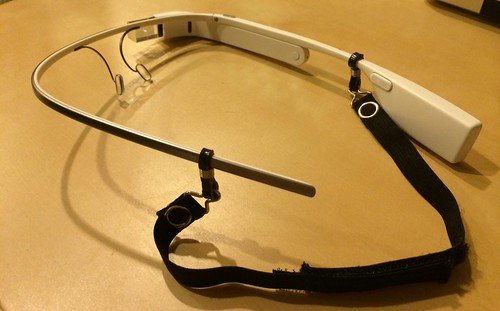 It’s probably worth a bit less than I paid for it, but Glass has been a fun and interesting look into the future, and I’m really looking forward to finding more uses for its POV features, while traveling and around home. 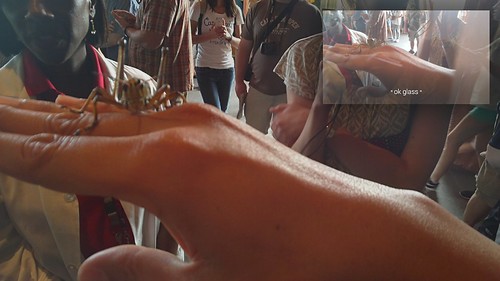 Footnotes:
* Or a Scottevest; Glass in its carrying pouch fits in the pad pocket.
** I’ve been told by various Glass owners that an official transfer of ownership is possible, giving me access to Explorer Program benefits.
*** In 5-10 minute chunks, then I need to let it cool off a bit.
**** Haven’t actually done this yet but indications are that it is possible.